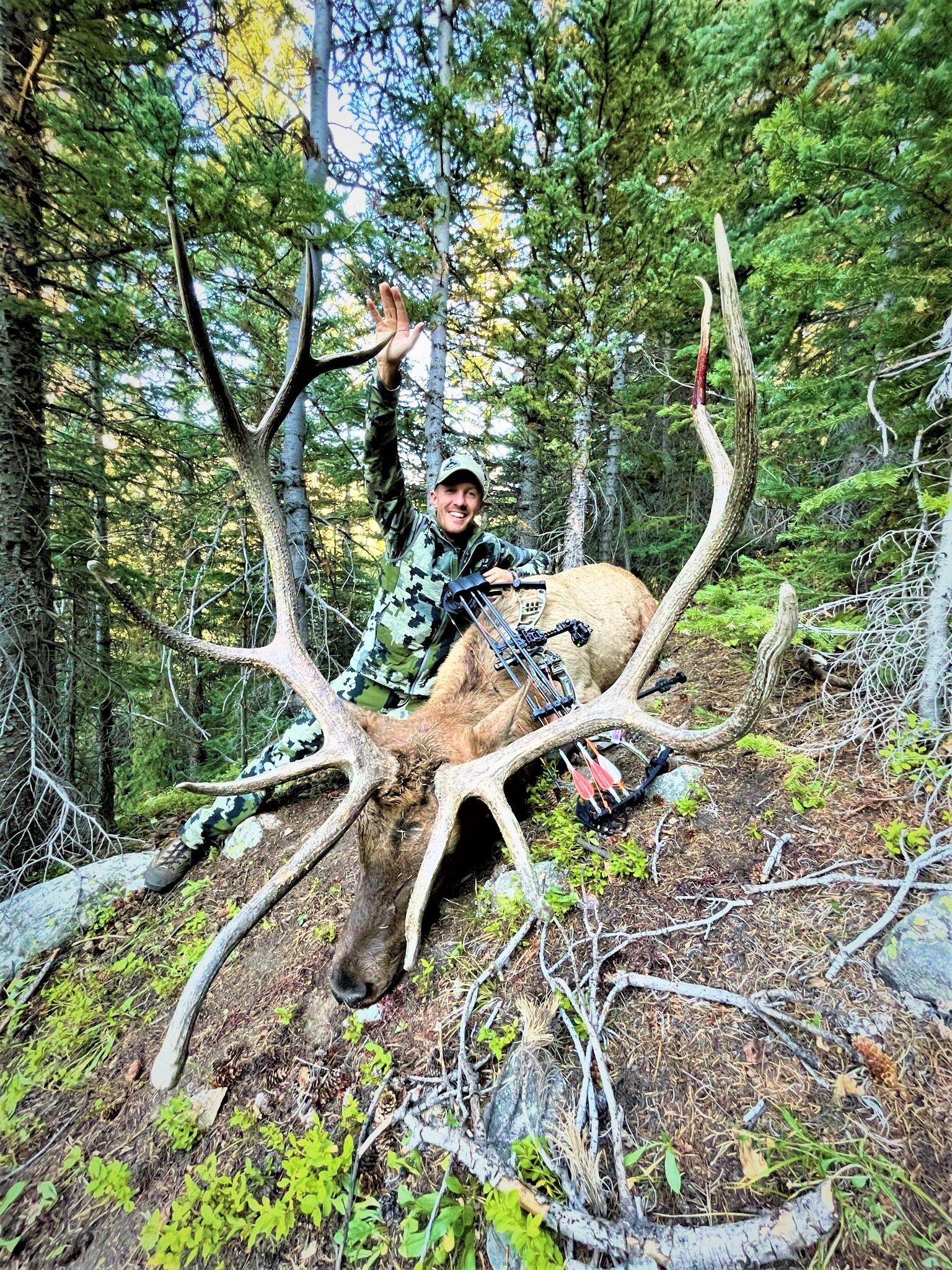 Suddenly the world stopped turning. The forest went eerily silent. The hair on the back of my neck stood on end as the rhythmic beat of my heart pounding in my chest echoed in my ears. Thump, Thump Thump, Thump.

At that moment I was lost in a trance. Flashbacks from years spent in the mountains traversing countless miles in the wilderness, in pursuit of distant bugles breaking the early morning silence, had all led me to this moment. The moment my arrow cut through the air for what seemed like an eternity. Gone.

As is the norm for most hunters, the pursuit starts months before the crack of dawn on opening morning. It never fails, as the first rays of sunlight start to breach the valley tops around us, I couldn't help but feel the excitement building for the adventures this season. 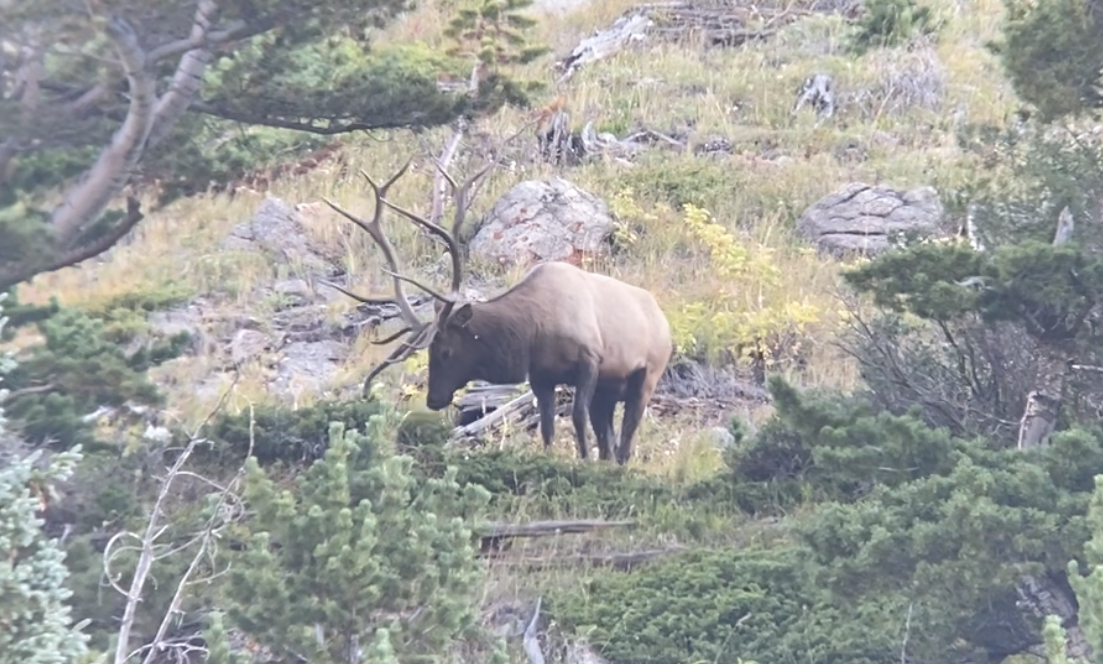 At this point my iPhone had adopted the trailhead's name as “home”. My hunting buddies Brent McGirr, Quinn Kline, (Inkline Productions) and I had spent countless hours staring at these cascading mountains. With two archery deer tags and an either-sex elk tag in camp, who could blame us? We had a lot riding on the fact this little slice of heaven would hold the treasures we were seeking.

It didn’t take long for all the hard work to pay off. By the end of the first few days we had already found ourselves smack dab in the middle of every hunter’s dream; screaming elk and velvet muleys.

Every morning started the same. Jet boils bubbling with coffee and tripods set up to glass the surrounding basins with a simple goal. Locate an animal. Put them to bed. Close the distance. Send carbon. Then pack meat and eat tenderloins for dinner.

With my eyes glued to my Maven spotter and Black Rifle coffee in hand, I scanned the hill side, when out of nowhere I dropped my cup (normally a sin in most circumstances) and my eyes went wide.

Without any prior sightings, I was bewildered as the reason I snagged this tag strutted across one of the valley benches with 12 cows in tow. I pulled my phone out and frantically scanned through videos from my previous year's hunt. I found what I was looking for, a shaky video in the middle of a snowstorm when I first found the bull we dubbed KP.

I ran back to camp to make sure the boys were on the way to the glassing point. It was time to show them who finally showed up. Unbeknownst to us, this bull would challenge us in every aspect imaginable as our fates intertwined with the passing days of September.

Fast forward two long weeks. I knew it was coming down to the wire. The bulls were getting feisty. I waved goodbye to my office. The next 6 days would put me right smack dab in the middle of the elk rut and I wasn’t going to miss it for anything.

Quinn had successfully harvested a beautiful giant framed 3-point velvet buck, leaving me with a deer tag and elk tag burning a hole in my pocket. If we are being honest, I could care less about the deer tag. The only thing on my mind was KP.

Every day found me right in the middle of the most insane elk hunting I have ever experienced. It was the kind of stuff you only hear about or watch on TV with jealousy from your couch. My head was spinning from the daily excitement. 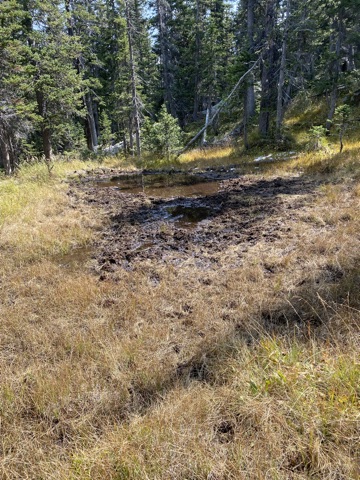 To this point, I had spent an incredible 11 days in the backcountry. There were multiple encounters everyday, including over a dozen legal bulls within range. Better yet, 12 encounters were with KP under 80 yards.

As fate would have it, the stars were just not aligning. It seemed like sealing the deal on this public land giant might not be in the cards. I left the trail and headed back to reality, feeling defeat coming over me. That feeling didn’t last long. I sat in my office that Monday staring out the window, patiently waiting for my next chance to pin my wits against nature's best.

Friday September 17th, I left behind the chaos of the city and found myself back “home” scanning those familiar valleys. The Inkline boys were deep in the middle of an archery antelope hunt and would be back in camp on the 19th.

Just like the days prior, I was immediately into the elk. A beautiful 5-point bull at 35 yards started my trip. As I came to full draw, he casually walked out of the meadow and disappeared as the sun set on my 12th day of this epic season.

On day 13, the morning found the sun cresting the valley walls on the mountain. This morning was starting out slow, with little animal movement. I noticed a message on my Garmin InReach from Brent and Quinn. They were letting me know they would be up the next day, after making a last-ditch effort to harvest an antelope on the plains of eastern Colorado.

The message was immediately followed by “go ahead and shoot a bull so we can spend Sunday packing meat”. I laughed entirely too hard at this and dropped some of my sweet and spicy tuna on the ground between my feet. I've never been so upset by dropping 12 calories in my life.

As I sat there and sulked, I scanned the Maven spotter across the farthest basin and happened to catch movement on the opposite hillside about 2000’ above me and over a mile away. As I adjusted the focus I couldn’t believe it, there was KP grazing in broad daylight with eight cows.

I glanced at my Garmin to check the time; 12:30 p.m.. The clock was ticking. I spent the afternoon hours anxiously working my way up the mountain valley cautiously, keeping the wind in my face. I worked closer to his bedding area. With a little bit of luck this might just actually work!

Suddenly out of nowhere, as I closed the distance to less than 150 yards of where I watched KP lay his head down, an alpine storm barreled down the valley with a ferocity only Mother Nature could summon. The temp was dropping rapidly and the wind picked up.

I knew I had to get into position quickly. This was my chance! I moved to my first checkpoint that should put me inside of 100 yards of KP. My chances were almost ruined when a hastily made step resulted in an ear shattering snap of a dead tree branch beneath my boots. Much to my surprise, within seconds KP torched off an ear shattering bugle less than 75 yards from me. He was much closer than I expected.

The game was on! He thought I was another bull trying to slip in on his cows and take them for my own. Every time he would thrash the tree in front of him, I inched my way further in, careful to stay out of sight of his cows and keep the brush line between us.

Just as I hit the 50-yard mark he let out a long deep growling bugle, which I quickly returned right back at him, followed by a horrendous brush thrashing sequence. I thought I had him. He just wouldn’t step out from behind the one line of trees between us.

The back and forth raking and bugle match continued for what seemed like eternity, when finally, he couldn’t stand it anymore and moved to cut me off from his cows. As he moved up the hill and glanced over his left shoulder, he gave me the opportunity I had been finally waiting for.

He was uphill and quartering away. I knew I had to make this shot count. I’ve been practicing and preparing for this moment for 8 years and it was finally here at 74 yards. I held my breath, settled my pin and with the click of my release, I watched in slow motion as my arrow flew through the air disappearing right where I had envisioned it.

The arrow hit its mark and KP immediately turned and ran with the ferocity of a freight train straight down hill and out of sight. As he disappeared down the hill, I ran to the spot where he was last standing to mark the location and recover my arrow to verify where I had hit him.

To my dismay there was no arrow to be found, only a splatter of blood on the rocks behind where he had been standing. I quickly dropped my gear and grabbed my InReach to write the guys “K.P. JUST ATE CARBON”. After 30 minutes, I got the response, “Heck yeah, we will be there in 3 hours!”

I sat patiently for an hour and a half before I started on the blood trail. The light was fading fast on the horizon behind me. I knew the work had just begun. Recovering this bull wouldn’t be an easy feat.

I knew it would be a hard track and would have to revert to following his tracks. The arrow impact was most likely high lung. His lungs would have to fill up before the blood trail would be easy to find, if he didn’t expire before that point.

As I searched, I could clearly make out that he had crossed almost 500 yards from where I had shot him. Reality began to set in. I made the decision to back out until the guys arrived and give him more time to peacefully pass, in hopes he was deep in a nearby timber pocket.

I couldn’t help feeling that nasty sickening sensation in my stomach, that we all know too well, the “what if”. Once the guys arrived at camp, we all agreed that it would be best to leave him overnight and resume at first light. The last thing we wanted to do was bump a wounded animal in the middle of the night. We knew that would be the last time we would see him.

The night brought restless conversations and constant reliving of the events and shot placement. Morning could not come soon enough.

With the sun breaking the mountain tops, we made our way to the last blood location and the search began again. Unfortunately, the next two hours were painstakingly uneventful. The bull was not bleeding. The only thing we could go off of was the ground disturbance from his tracks. We quickly lost them in the rocky terrain.

As that sickening feeling in the pit of my stomach began to grow, we decided to split up to grid the area 50 yards apart over a 150-yard span, moving east across the hillside. The guys were doing everything in their power to keep my hopes up. My optimism was draining with every minute that passed by.

As it always is, I found myself straying from the group. It took me a second to realize I had dropped below my zone, and I needed to get back on path. Working my way up a small avalanche chute, I looked to my left, and there he was, laying in his bed that he had passed in the night before. 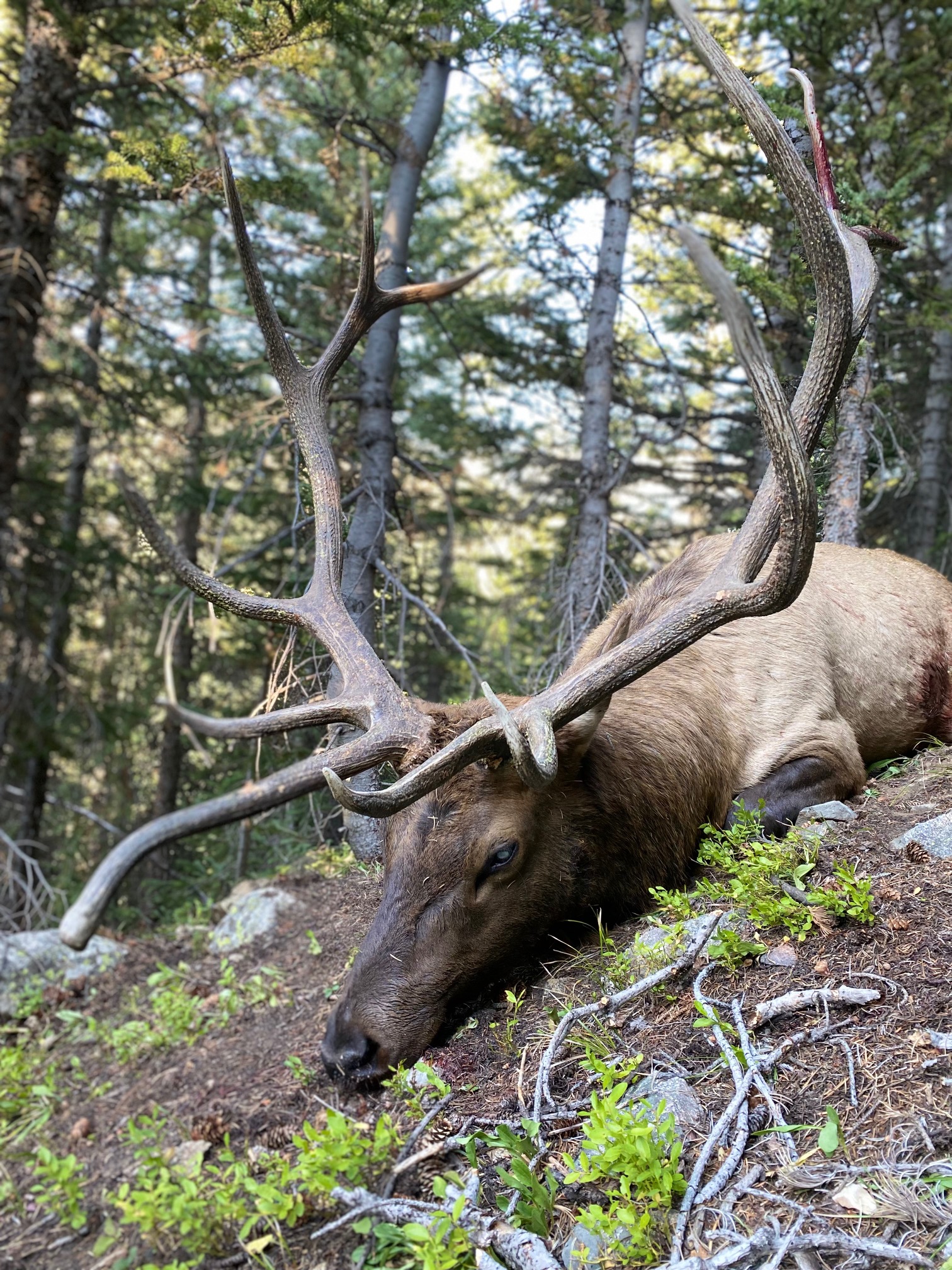 The Annihilator had done its job! A wave of relief passed over my body as I let out the loudest WOOHOOOO you've ever heard, quickly followed by shouts of joy, high-fives, and dog piles. After thirteen days and thirteen encounters with this public land giant, I had finally done it. 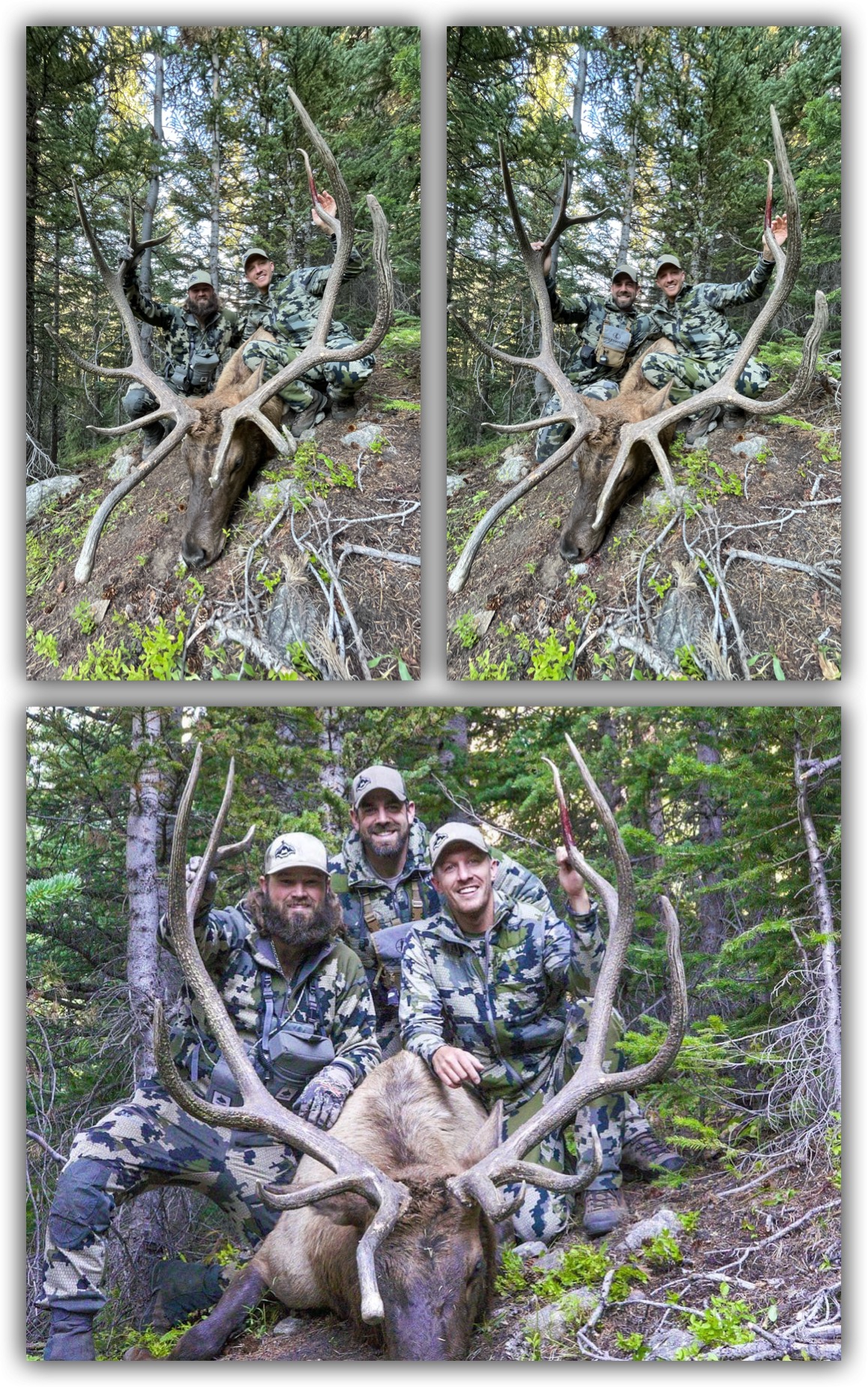 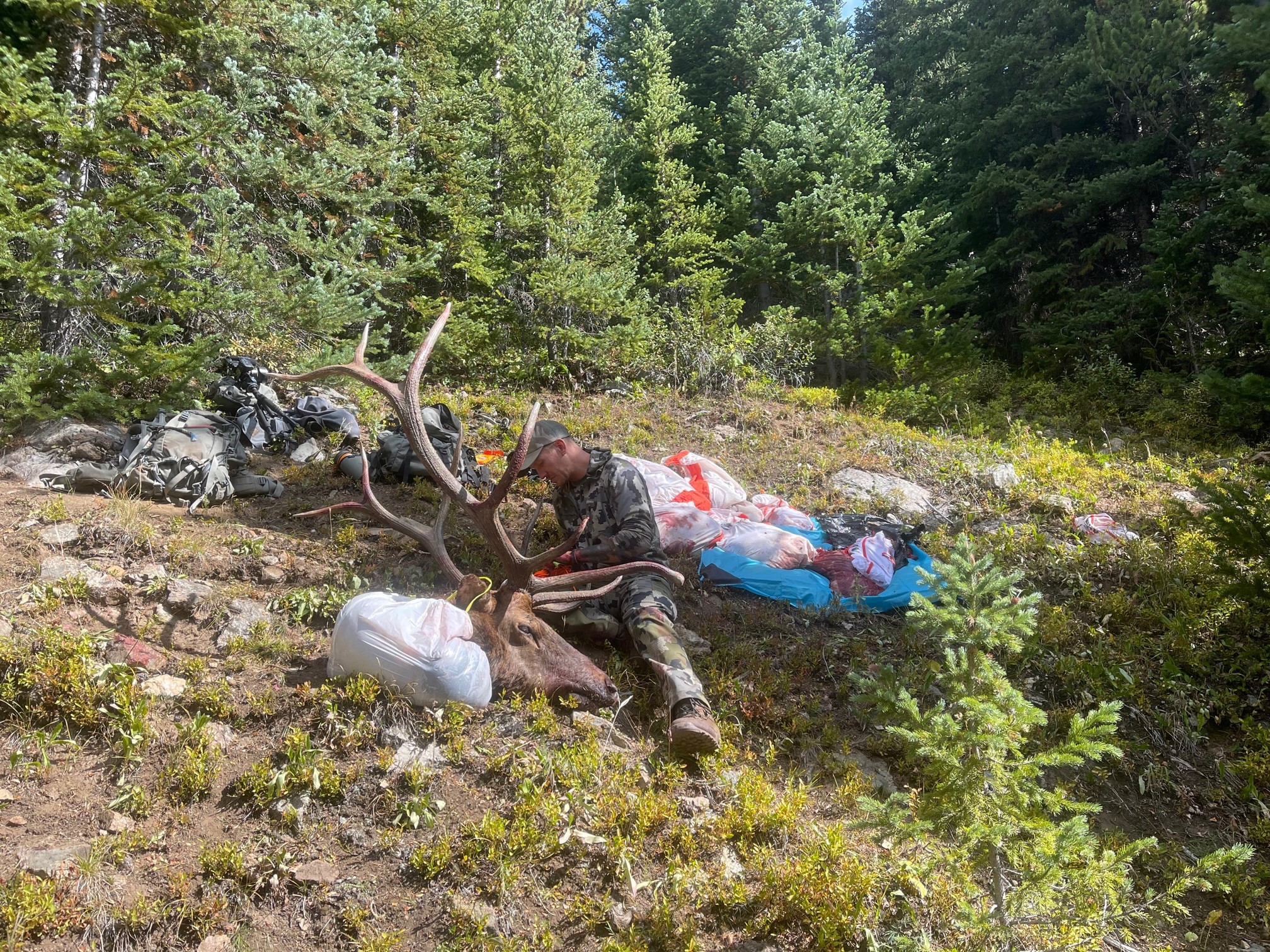 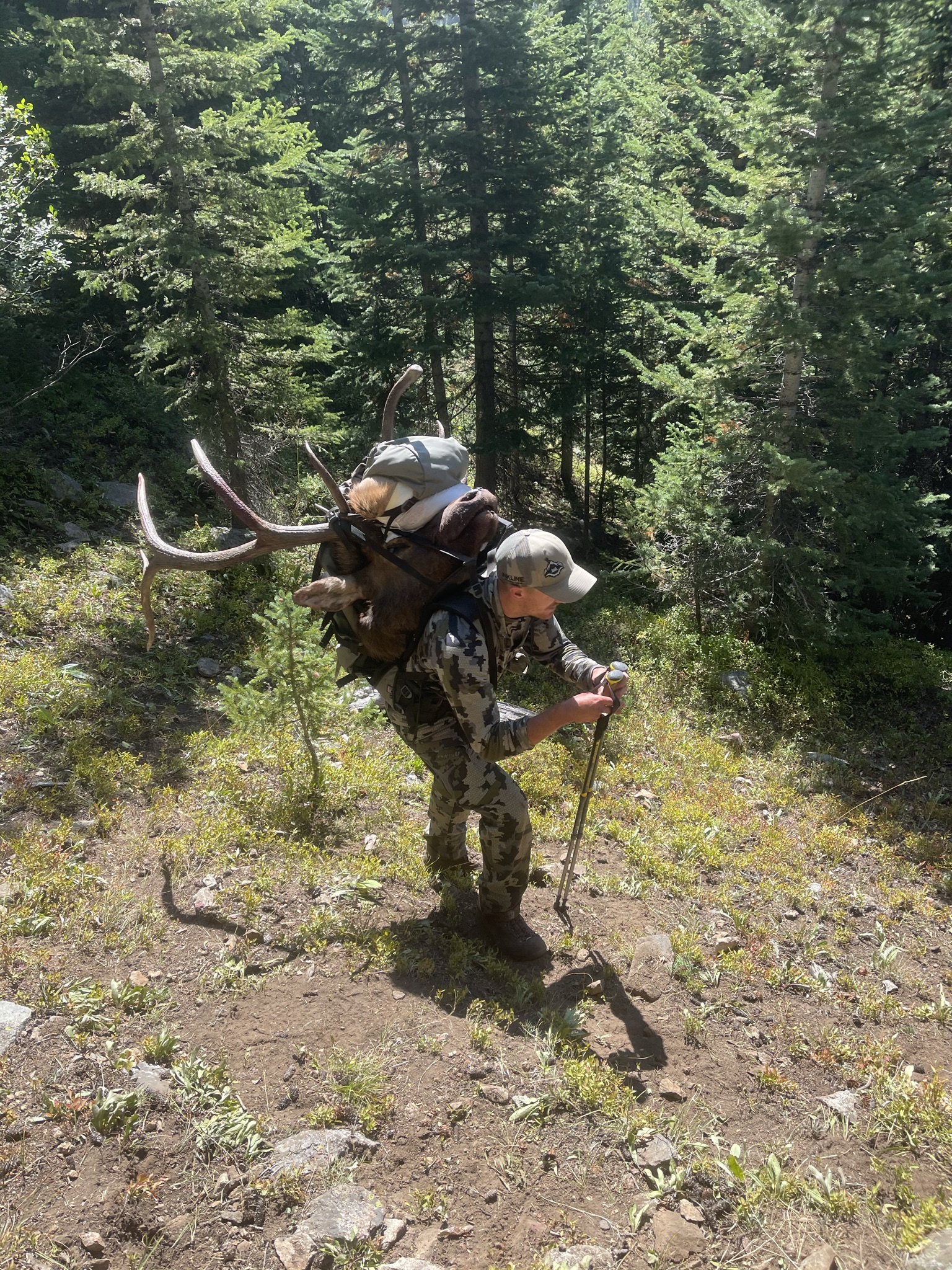